Khiladi Akshay Kumar Announced the Comedy Television Reality Show The Great Indian Laughter Challenge 2017. The Ground Auditions for the Comedy Show is Open Now. If you Feel, You are Having the Great Comedian Skills than It’s Golden Opportunity to show your Talent to the World. Registration for the Auditions Started. Just Head to the Locations to get the Auditions Form and Show your Talent in Auditions. 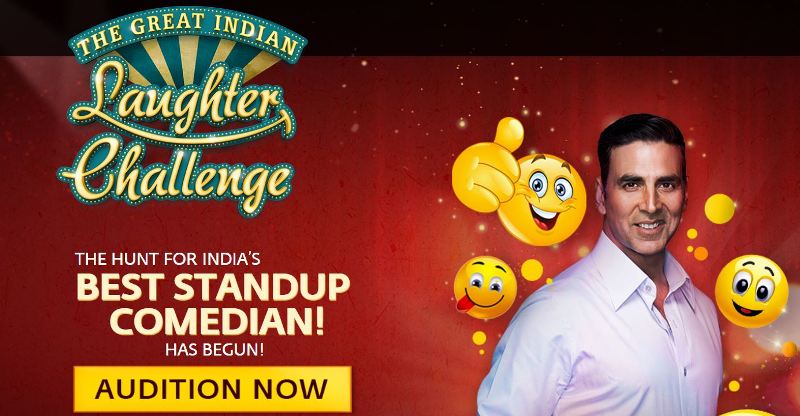 The Great Indian Laughter Challenge is back to spice up the lives of its viewers.

Stand up comedians are some of the most brilliant people around with their unique observations of life and their spins on people and society. The Great Indian Laughter Challenge is a platform where we invite these brilliant artists to showcase their talent in a competitive format.

In keeping with the boom in stand-up acts and the changing taste of humor in the country, the show will feature comedy with a difference. We will showcase the very best Indian comedians of any age or gender through auditions in various cities across India.

Through various stages of competition we aim get the winner of the title and the next big thing in the comedy space.


Note – All participants must be between 5 to 50 years of age.

Candidates shortlisted from the online submission will be intimated about the next round. The details for On-ground auditions are mentioned below.

Have a Look at the Audition Date, Time and Venue Confirmed by the Officials.