Salman Khan Announced the full Schedule of his Da-Bangg tour which will have celebrities like Prabhudheva, Sonakshi Sinha, Bipasha Basu and Badshah travel to places in Australia and New Zealand. Salman Khan revealed the Exciting Contest to the fans who are going to the Da-Bangg Concert in Sydney, Melbourne, HongKong, Auckland. Here is the Dabangg contest 2017 details. Send your Selfie Video to the Official at the Mentioned Email ID. 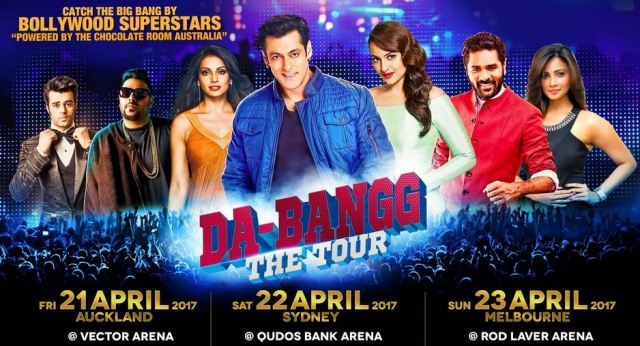 Send your Selfie Picture or Video with Question to the Mentioned Email ID.

If The Officials will find your Question Interesting, they’ll Shortlist them and will Answer Them on Stage. Send your Videos to the Mentioned Email ID

Announcing that the tour will be taking place in Sydney (April 21), Auckland (April 22) and Melbourne (April 23), Salman shared the posters of the tour which had the full schedule on it and captioned his posts as: “Get ready for Da-Bangg tour.”

Ask your Question and Send detailed Email to the Mentioned Email Id.