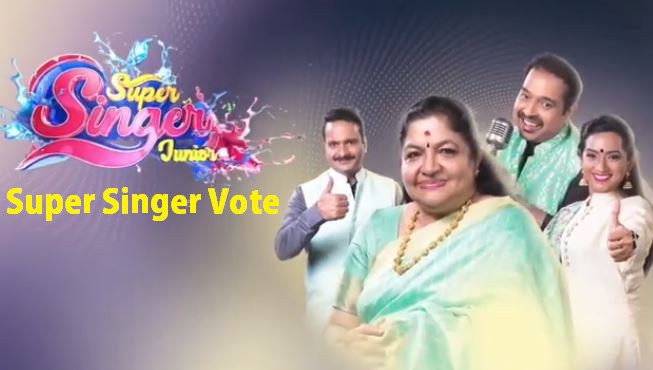 Have a Look How you can Vote for your Favorite Super Singer 6 Contestants.

Here we are conduction the Voting Poll Survey (Unofficial) to Find out Which Contestant is the most Loved Singer in a Show Super Singer Junior 6 on Star Vijay Television Channel.

Have a Look at the Super Singer Junior 6 Contestants Names List with Images. Meet the talented Singer who are into the Show.

Mirlani is from Ayyampettai, Thanjavur. She sings En Jodi Manja Kuruvi song from the film Vikram along with Gunal and Harsha. Judges said, Mirlani has the ability to adapt any song. 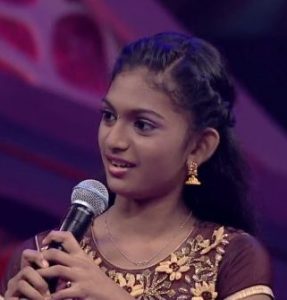 Harsha is from Chidambaram. She sings En Jodi Manja Kuruvi song from the film Vikram along with Gunal and Mirlani. She is a talented singer and impressed Kalpana by her performance.

Drishya is from Kerala. In the first episode, She sang Sillendru Oru Kadhal song from Sillunu Oru Kadhal film. Her performance wins a standing ovation from the judges.

Lehasri sang Silenru Oru Kadhal with Drishya. She said that every time she attends an audition and leaves without participating. This is the first time she got selected and enters top 20 in the show.

Anushya sang Ennoda Nee Irunthal song for her debut performance in this season. She impressed judges by her innocence and flawless singing. She also participated in Super Singer Junior Season 5.

Suriya Anand is from Singapore. He sang Ennoda Nee Irunthal song from the film ‘I’ along with Anushya and Nikhil. He dished out a performance that left us clapping and whistling. 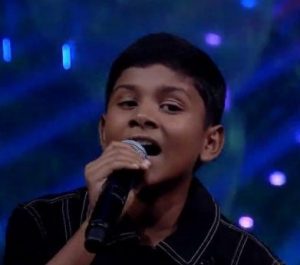 Nikhil studying 8th standard. In the intro round, he sang Ennoda Nee Irunthal song from the film I along with Suriya and Anushya. His singing talent and performance are very impressive. 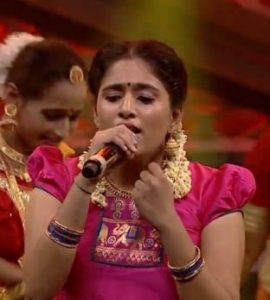 In the intro round, Aishwarya sang Minsara Kanna song from the film Padaiyappa along with Anand.

Teju (mentally challenged) aged 7 from Chennai crooned the song Nila Kaikirathu from the movie Indira. Shankar said Super Singer is proud to have Teju as part of the show. He also said that Teju is in both the teams and there is no elimination rounds for her.

Ahana sang Nila Kaikirathu song from the film Indira along with Teju. She is absolutely genius when it comes to singing. Her performance simply left us speechless!

Anand Bairavsharma sings Minsara Kanna song for his debut performance in this season. He received compliments for being an all-rounder singer. Apart from singing, Anand plays Violin, Flute, Miruthangam, Veena, Kanjara, and Kadam. 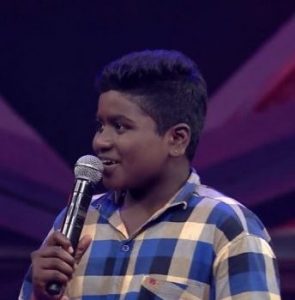 Gunal is from Ayyampettai, Thanjavur. In the intro round, he sang En Jodi Manja Kuruvi song from the film Vikram. He is confident and natural singer. 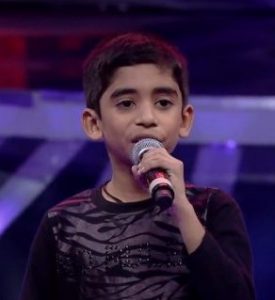 Srinivas earns better appreciation in the intro round with his song Rasathi Unna Kanatha song from the film Vaidehi Kathirunthal.

Rithik – Rithik is from Bangalore. He sang Rasathi Unna Kanatha song from the film Vaidehi Kathirunthal along with Srinivas. He also receives a better appreciation for his performance. 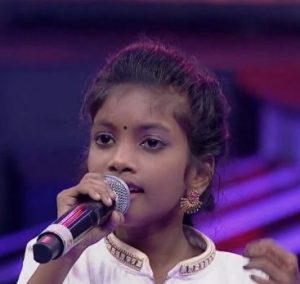 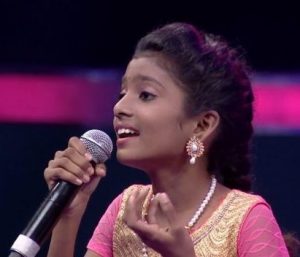 Vishalini is from Kumbakonam. In the first episode, she sang Chinna Chinna Vanna Kuyil song from the film Mouna Raagam along with Gokila Priya.

Vidhyarupini studying 5th in Valasaravakkam, Chennai. In the first episode, she sang Panju Mittai Selai song from the film Ettupatti Raasa along with Dhanush and Dharshini. 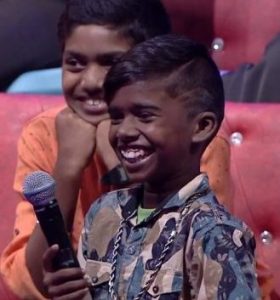 Poovaiya studying 8th in Oorathchi Onriya Nadunilai Palli from Thooduvadi, Chennai. He thoroughly impressed us by singing a folk number in the intro round. He got name as Guppies by Shankar Mahadevan.

All the Super Singer Junior 6 Contestants are very best and unique in their singing style, one has to go Home based onto the Elimination happening and It would be more difficult for the Judges and Audiences to Find out the best out of all the talented Singers.